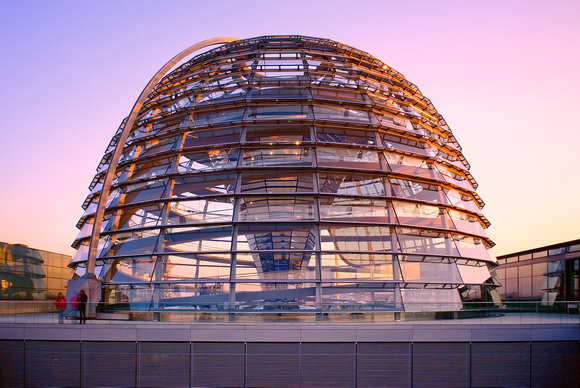 The Reichstag is the seat of the German Bundestag and is one of the Berlin's biggest attraction. Its colorful past reflects the turbulence of German history since the 19th century.
The Reichstag was constructed from 1884-94 by Paul Wallot to house the parliament of the newly-founded German state. The inscription "Dem Deutschen Volke" ("To the German people") was added in 1916 during the First World War. Part of the Reichstag was destroyed in a fire in 1933, and after the war, the devastated building was rebuilt in a simplified form. After reunification, the German Federal Government decided to use the building as a parliament once again. The Reichstag was reconstructed by Architect Sir Norman Forster from 1994-1999. The glass dome, which was at first the subject of great controversy, has now become one of the newest landmarks in the city. Since 1999 the Reichstag building has once again been the seat of the German Bundestag.
© Yen Baet 2010
Powered by ZENFOLIO User Agreement
Cancel
Continue