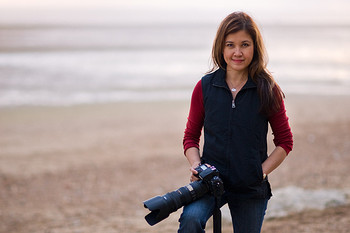 Yen Baet is a self-taught photographer born and raised in the Philippines and lived in Japan, Germany, England and is currently based in Honolulu, USA. Her love for photography takes her around the globe in search for that picture-perfect place, whether it be a sprawling metropolis or a tucked-away corner in a small unknown town. Her affinity for bridges and reflections leads her to set up tripod along waterways, from the never-ending Danube to the romantic Rhine to the picturesque Seine and Thames, and the winding canals of Amsterdam and Venice.

EXHIBITIONS
Her photographs have been seen in trade fairs, ad campaigns, and exhibitions in four continents including countries such as the UK, US, Germany, France, Poland, Italy, and more. She mounted her first solo exhibit in New York City (February 2013), an event hosted by National Geographic and Tourism Authority of Thailand. This went on a second run at an open-house embassy show in Washington DC the same year. She also did her first one-woman show in her homeland, the Philippines (June 2013), a sold-out fundraising event that was for the benefit of her alma mater's scholars.

AWARDS
Top prizes have been awarded by National Geographic for her photographs "Rainy Night in Hallstatt" (2011), "Breakfast by the Bay" (2012), her Thailand gallery (2012), and "Tuk-Tuk Night Ride" (2013). Other awarded exhibits include Photographer of the Year for Architecture (Pollux Awards, 2012) for "Red Planet" and "Maman", and Honorable Mention for Portraits (Worldwide Photography Gala Awards, 2012) for "Quechua Family in Cusco".

PORTFOLIO
Her current and growing portfolio of travel photography which focuses on, but is not limited to long-exposure shots taken during twilight, contains an extensive collection of Europe and also covers some of the US, Asia and South America.
All Photos Copyright © Yen Baet - www.YenBaet.com. All Rights Reserved.
Powered by ZENFOLIO User Agreement
Cancel
Continue