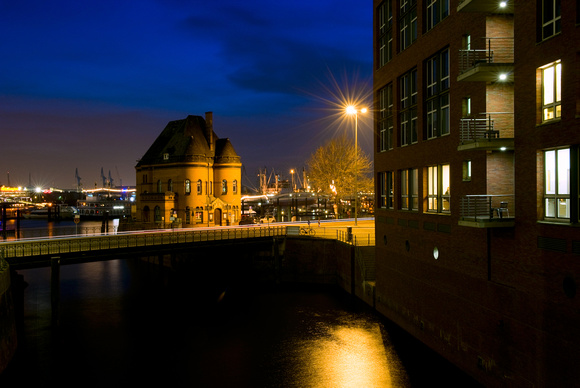 Speicherstadt is the world-largest timber-pile founded warehouse district of the world. It is located in the port of Hamburg, within the HafenCity quarter, and was built from 1883 to 1927.
The district was built as a free zone to transfer goods without paying customs. As of 2009 the district and the surrounding area is under redevelopment. The warehouses were built with different support structures, but Andreas Meyer created a Neo-Gothic red-brick outer layer with little towers, alcoves, and glazed terra cotta ornaments. The warehouses are multi-storey buildings with entrances form water and land. The 17 warehouses of the Speicherstadt, each seven or eight storeys high, constitute the world's largest remaining warehouse complex from the late 19th and early 20th century - an urban ensemble of outstanding integrity and quality.
© Yen Baet 2010
Powered by ZENFOLIO User Agreement
Cancel
Continue