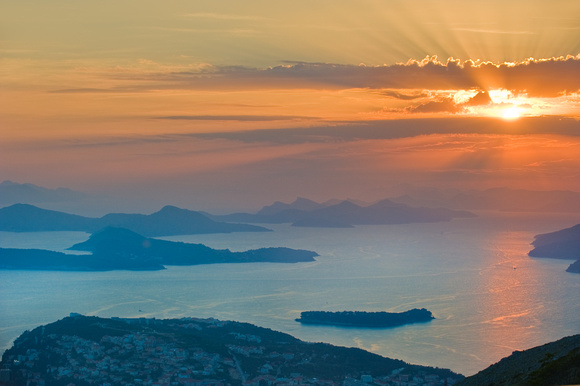 The Elaphites are a string of islands between Dubrovnik and the Peljesÿac peninsula. Only three of the Elaphite islands - Kolocÿep, Lopud, and Sÿipan - are still inhabited. They can easily be reached by the local ferry from Dubrovnik. The first of the Elaphiti which is a small uninhabited island called Daksa is notorious as the site of a 1945 massacre when over 200 political opponents of the new communist regime were killed. The Elaphites have a total land area of around 30 square kilometers and a population of 850.