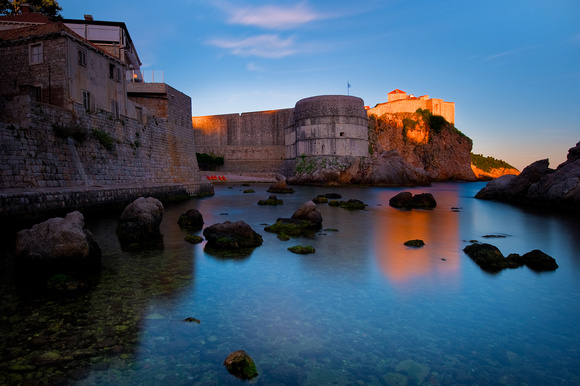 The sea walls of Dubrovnik stretches from Fort Bokar in the west to St. John Fortress in the south, and to the Revelin Frotress on the land-side. The walls measure from 1.5 to 5 meters thick, depending on their location and its strategic importance. These walls were built to defend the city from sea-based attacks, particularly from the Republic of Venice, which was then considered a threat to Dubrovnik.

Fort Bokar, also called Zvjezdan, was built as a two-story casemate fortress in the mid-15th century while the city walls were being reconstructed. It was conceived as the key point in the defense of the Pile Gate, the western fortified entrance of the city.
© Yen Baet. All Rights Reserved.
Powered by ZENFOLIO User Agreement
Cancel
Continue