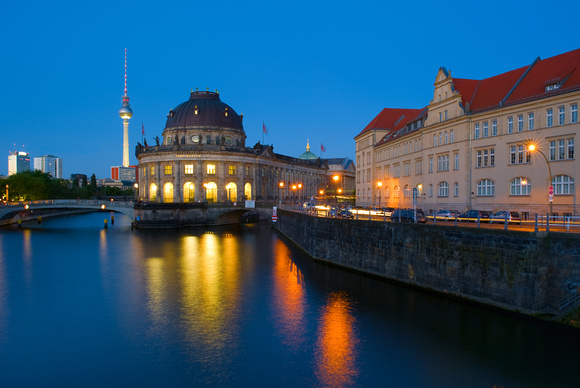 The Bode Museum belongs to the group of museums on the Museum Island in Berlin and is a historically preserved building. The museum was designed by architect Ernst von Ihne and completed in 1904. Originally called the Kaiser-Friedrich-Museum after Emperor Frederick III, the museum was renamed in honor of its first curator, Wilhelm von Bode, in 1956.
Closed for repairs since 1997, the museum was reopened on October 18, 2006. It is now the home for a collection of sculptures, Byzantine art, and coins and medals
© Yen Baet 2010
Powered by ZENFOLIO User Agreement
Cancel
Continue