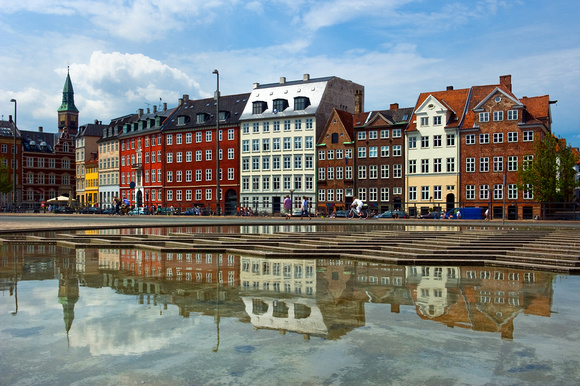 Gammel Strand is a public square in central Copenhagen and used to be the site of a natural harbour. It was around this harbour that Copenhagen was founded as a small fishing and trading settlement in the 11th century. Most of the buildings along Gammel Strand was destroyed in the Copenhagen Fire of 1795 and later rebuilt in different styles.