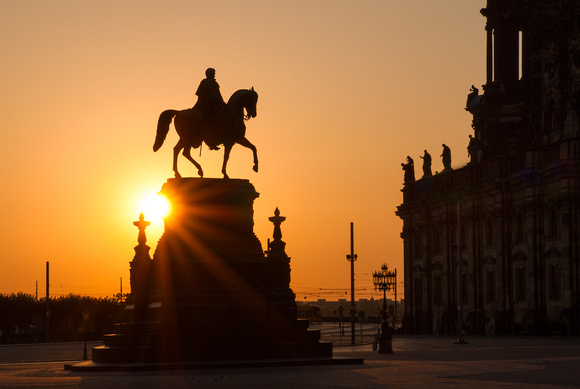 The capital of the Free State of Saxony in Germany, Dresden is situated in the valley on the river Elbe. It was completely destroyed by the Royal Air Force and US Army Air Force during WW II. The impact of the bombing and 40 years of urban development have considerably changed the face of the city. Some restoration work has helped to reconstruct parts of historic inner city, including the structures you see in this photo.