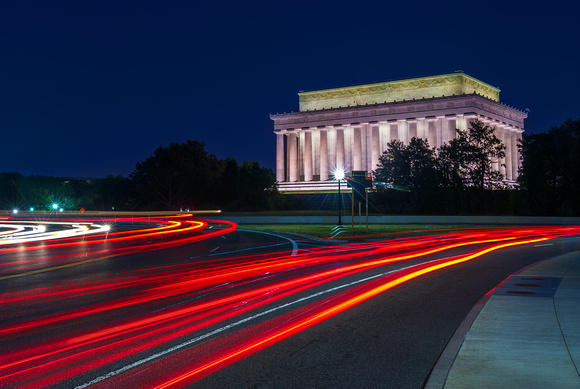 The Lincoln Memorial is an American memorial built to honor the 16th President of the United States, Abraham Lincoln. It is located on the National Mall in Washington, D.C. and was dedicated on May 30, 1922. The architect was Henry Bacon, the sculptor of the main statue (Abraham Lincoln, 1920) was Daniel Chester French, and the painter of the interior murals was Jules Guerin. It is one of several monuments built to honor an American president.