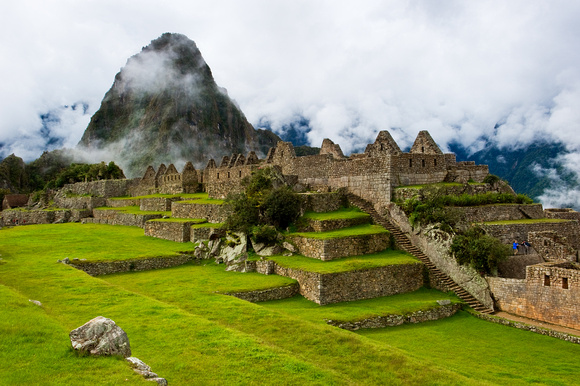 Cusco - Machu Picchu, The Lost City of the Incas

Referred to as "The Lost City of the Incas", Machu Picchu is the site of an ancient Inca city and is one of the most popular symbol of the Incan Empire. It is located 2,430 metres (8,000 ft) high in the Andes mountains, on a mountain ridge above the Urubamba Valley, in the Cusco region of Peru.

It was believed to have been built around 1450 as an estate for the Inca emperor Pachacuti (1438Ð1472), but was abandoned a century later at the time of the Spanish Conquest. Machu Picchu was brought to international attention by the American historian Hiram Bingham in 1911 and has since become an important tourist attraction. By 1976, thirty percent of Machu Picchu had been restored, with work still continuing to this day.

Machu Picchu was declared a Peruvian Historical Sanctuary in 1981, a UNESCO World Heritage Site in 1983, and voted one of the New Seven Wonders of the World in a worldwide Internet poll in 2007.
© Yen Baet. All RIghts Reserved.
Powered by ZENFOLIO User Agreement
Cancel
Continue