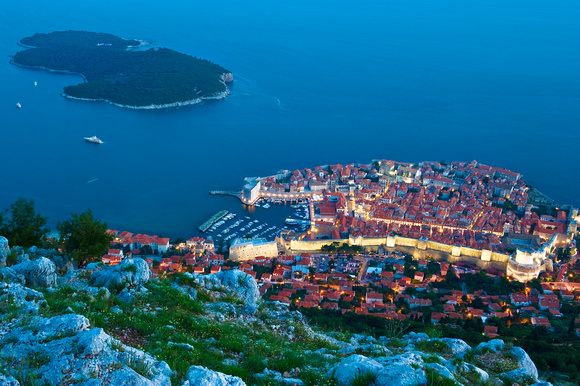 Dubrovnik - View of The Old Walled City and Lokrum Island

The historic part of Dubrovnik is surrounded by walls and fortifications that go back as far as the early Middle Ages. The city walls consist of 12 forts, 15 bastions and 4 round and corner towers. It runs a course of approximately 1,940 meters (6,360 ft) in length, encircling most of the old city, and reach a maximum height of about 25 metres (82 ft). This complex structure, which is among the largest and most complete in Europe, has protected the city from many attacks during the early centuries. In 1979, the old city of Dubrovnik, including a large portion of the old walls, has been declared a UNESCO World Heritage Site.