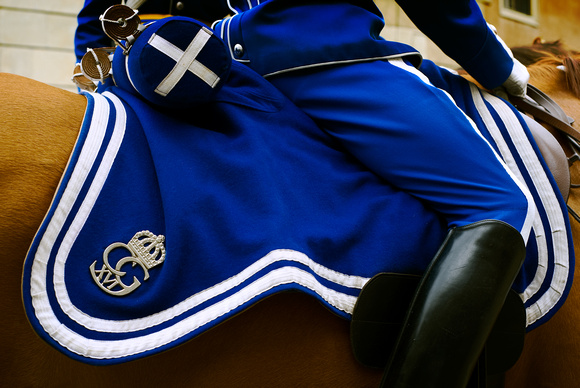 The Royal Palace of Stockholm is His Majesty The King's official residence and is also the setting for most of the monarchy's official receptions. The palace is a daily place of work for The King and Queen as well as for the various departments that make up the Royal Court.

This combination of royal residence, workplace and culture-historical monument open year round to visitors makes the Royal Palace of Stockholm unique amongst Europe's royal residences.
The palace is built in baroque style by the architect Nicodemus Tessin and is formed as a Roman palace. The palace has more than 600 rooms divided between seven floors with a state apartment facing the city and smaller living rooms facing the inner courtyard.
© Yen Baet 2010
Powered by ZENFOLIO User Agreement
Cancel
Continue