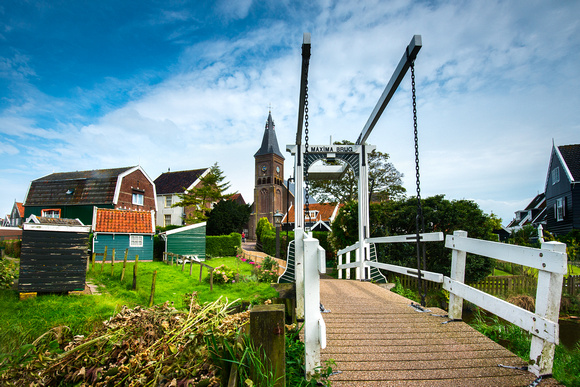 A former island in the IJsselmeer until 1957, Marken is now a peninsula connected to North Holland via a causeway. Although it has a population of about 2,000, it attracts 500 times that in tourists each year. Other than its beautiful lighthouse, it is known for its characteristic wooden architecture, often built on top of mounds or dwelling hills as protection from the frequent floods. Population here grew rapidly when fishery became an economic activity. The village of Marken still has both the charm and atmosphere of a fishermen's town and an island.