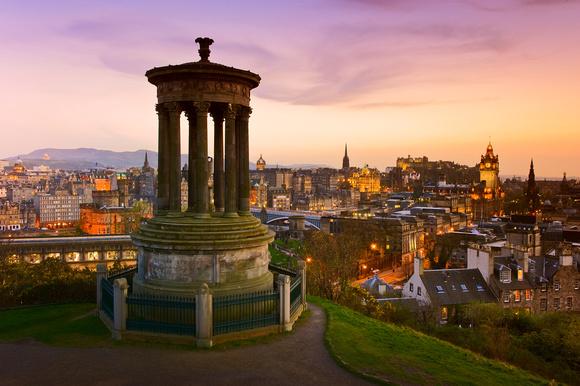 Calton Hill is a hill in central Edinburgh, Scotland, just to the east of the New Town. Views of, and from, the hill are often used in photographs and paintings of the city.

Situated on top of Calton Hill is Nelson's Monument and the Scottish National Monument dedicated to those who died in the Napoleonic Wars. Nelson's Tower commemorates the victory of Lord Nelson over the French and Spanish at the battle of Trafalgar.

The Dugald Stewart Monument on Calton Hill is dedicated to the distinguished philosopher by the same name. It was built as a Grecian temple which now stands near the Observatory on Calton Hill. People always include the Dugald Stewart Monument in their pictures to enhance the entire panorama.
© Yen Baet. All Rights Reserved.
Powered by ZENFOLIO User Agreement
Cancel
Continue